Aware of the challenges, we are committed to evangelize ourselves, our church and unchurched African Americans, thereby enriching the Church. We hold ourselves accountable to our baptismal commitment to witness and proclaim the Good News of Jesus Christ.

Every five years since 1987, the NBCC has convened a congress, culminating in a Plan of Action. Months before each congress, dioceses hold "Days of Reflection" on the chosen theme. These gatherings build anticipation for the congress and enable people nationwide to contribute their prayerful ideas to the program and five-year action plan.

Our Commitment to Serve

The Acacia Tree is a native to Africa, it is mentioned in the Bible in the Book of Exodus and in the Book of Isaiah. The wood of the tree was used to build the Ark of the Covenant. It is mentioned in Isaiah as a sign of the Messianic restoration in Israel. The Acacia Tree has deep roots, and survives through drought, dryness and famine. It is a strong tree which provides shelter for wild animals from the soaring heat of the sun and it also provides food and nourishment. Since biblical times, the Acacia Tree has been a symbol of stability and resilience. The tree is still found in many areas of Africa and has been a symbol of that land.

Rudd was a strong believer in
African American agency. As
he viewed the challenges
facing blacks in the U.S. he
communicated his desire to
see people of color tackle these
same issues. He established the
Colored Catholic Congress
Movement to bring together
delegates from around the
country, both to help in the
evangelization of the race, but
also to map out plans to
remove barriers blocking the
success of blacks.

Five congresses were held in the nineteenth century from 1889-1894. Many concerns were taken up, the education of black students, the quality of available rental properties, the desire to open economic opportunities for African Americans, the quest to see persons of color admitted into labor unions and the African Slave trade, to name but a few. Rudd subsequently penned a book about the first three congresses in which he took a major leadership role. Three Catholic Afro-American Congresses was published in 1893. Over time, it appears the congresses became more and more critical of the record of the church. Instances of racism within Catholic institutions and parishes were investigated. This bold repudiation of racism within the church likely contributed to the reluctance of some leaders to support future congresses.

Not much is known of Rudd’s life after the discontinuation of his newspaper. He lived in Bolivar County, Mississippi, where he managed a lumber mill. He then went to work for Scott Bond, Arkansas’s first black millionaire. While in Bond’s employ, Rudd penned his second book. He coauthored a biography of Bond, From Slavery to Wealth: The Life of Scott Bond, published in 1917. Rudd remained a Catholic throughout his life, and is buried in St. Joseph cemetery in Bardstown.

Rudd’s story is an inspiring one. His work in the Catholic Church is starting to be recognized by individuals beyond the black Catholic Community. Next Year, Liturgical Press is set to release a biography of Rudd in its popular People of God Series. Rudd’s inclusion in this series places him in exclusive company. His inclusion will make him the first person of African- American heritage to be included. He is deserving of such recognition. His “cry for justice” yet echoes among those who carry his work forward.
______________
​[1] The Kentucky Soldier, quoted “A Good Joke,” ACT, 17 May 1890, 3.
[2] Cyprian Davis, O.S.B., The History of Black Catholics in the United States (New York: Crossroad Publishing Company, 1990), 214.

Echoing A “Cry for Justice”:  Daniel A. Rudd, his Life and Legacy
By Gary Agee, Daniel Rudd Biographer 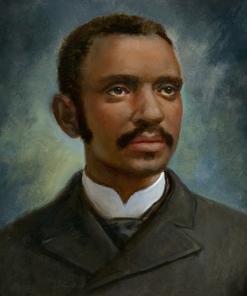 Thank you for contacting us! If needed, you will hear back within 48-72 hours.

The NBCC is gearing up for the next Congress gathering -- date and more information coming soon.

To check for new information, please go to the home page of this website for updates. 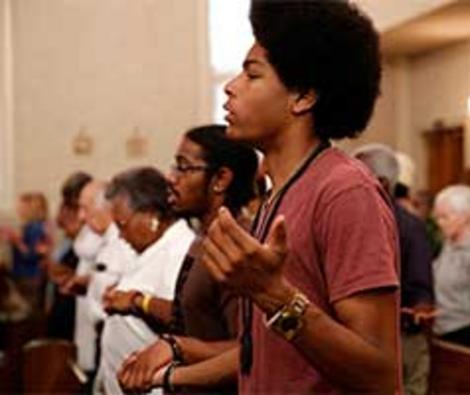 Just months after National Black Catholic Congress founder, Daniel A. Rudd, began printing the American Catholic Tribune, he had reason in the editorial page to celebrate a victory. With the passage of legislation to repeal the last of Ohio’s “Black Laws,” Rudd exulted, “The Cry of Justice is Heard.” Rudd viewed his work as a labor in support of justice even as he reminded his readers of his desire to teach “The Fatherhood of God and Brotherhood of Man.” His work on behalf of justice earned him the praise of his contemporaries.  In May of 1890, for example, The Kentucky Solider, an African American, Protestant newspaper, declared, “Dan A. Rudd of the Catholic Tribune” to be “the greatest negro Catholic in America.”[1] Historians including the late Father Cyprian Davis, O.S.B., have also recognized Rudd’s important contribution to the church. Davis said of Rudd, “With him ended one of the most important influences in the history of black Catholicism in this country.”[2] Yet despite these accolades many within the Catholic Church are still are not familiar with Rudd’s life and work.

Rudd was born into the institution of slavery in Bardstown, Kentucky, in 1854. He was owned by Charles and Matilda Haydon, prominent Catholic citizens in the community. At the young age of four, he was valued at 250 dollars. Not long after the conclusion of the bloody Civil War his father died. Rudd subsequently moved to Springfield, Ohio, in order to complete his high school education. Despite the heartache of his early years, Rudd was inspired by the Catholicism of his youth, believing this egalitarian faith tradition could become a powerful force in reshaping both a “developing race” and a society infected with racial bigotry.

While in Springfield, the gifted Rudd was called on to defend the rights of black citizens whose children were denied entrance into neighborhood schools. Involved in Republican politics, Rudd worked to elect representatives to protect the evaporating civil rights of blacks. More and More, however, Rudd began to see the Catholic Church as the answer for the much abused black population in the U.S. His became a church-centered vision of justice. He invited African Americans into the church, claiming that within her fold was the “only place on the Continent, where rich and poor, white and black, must drop prejudice at the threshold and go hand in hand to the altar.” Moreover, he believed the Catholic Church would work as a force for change influencing society beyond her walls.

Rudd’s faith in the church was not naïve, however. He had experienced firsthand the prejudice of its members. Still yet, he did not believe the actions of bigoted individuals impugned the doctrines of the Catholic Church.

The American Catholic Tribune, published from Cincinnati from 1886-1893, and then from Detroit through 1897, was one of the most successful black weeklies of its era. It was reported to have printed as many as ten- thousand copies. The newspaper was sold mostly in northern and Midwestern cities. Eager to see African Americans come to Catholicism, many Catholic Church leaders joined Rudd in supporting its publication.

Purchase Gary Agee's biography of Daniel Rudd, titled "​A Cry for Justice: Daniel Rudd and His Life in Black Catholicism, Journalism, and Activism, 1854–1933" at http://amzn.to/2fCrRDe