We hold ourselves accountable

to our baptismal commitment to

witness and proclaim the 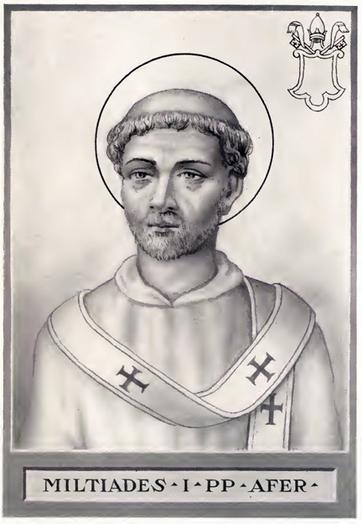 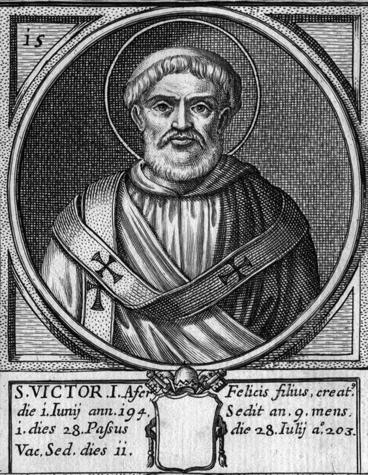 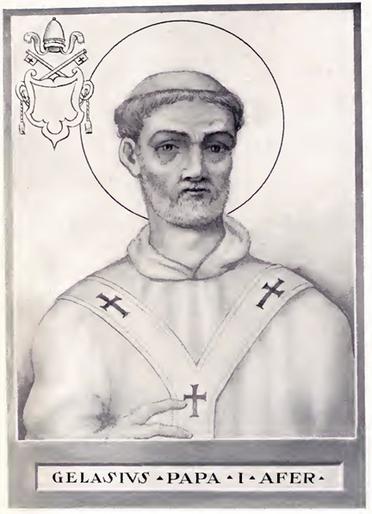 Of Roman Africa descent, Pope Victor episcopate was from 189-199. (10 years) According to an anonymous writer quoted by Eusebius, Victor excommunicated Theodotus of Byzantium for teaching that Christ was a mere man.(1) However, he is best known for his role in the Quartodeciman controversy. Prior to his elevation, a difference in dating the celebration of the Christian Passover/Easter between Rome and the bishops of Asia Minor had been tolerated by both the Roman and Eastern churches. The churches in Asia Minor celebrated it on the 14th of the Jewish month of Nisan, the day before Jewish Passover, regardless of what day of the week it fell on, as the Crucifixion had occurred on the Friday before Passover, justifying this as the custom they had learned from the apostles; for this the Latins called them Quartodecimans. Synods were held on the subject in various parts—in Palestine under Theophilus of Caesarea and Narcissus of Jerusalem, in Pontus under Palmas, in Gaul under Irenaeus, in Corinth under its bishop, Bachillus, at Osrhoene in Mesopotamia, and elsewhere—all of which disapproved of this practice and consequently issued by synodical letters declaring that "on the Lord's Day only the mystery of the resurrection of the Lord from the dead was accomplished, and that on that day only we keep the close of the paschal fast" (Eusebius H. E. v. 23). Despite this disapproval, the general feeling was that this divergent tradition was not sufficient grounds for excommunication.

Of African origin, Gelasius was born in Rome, and, prior to his election to the papacy, he was charged by his predecessor, Felix II, to compose ecclesiastical documents. As pope, Gelasius dealt firmly with threats to the Church of Rome from schismatics such as the adherents of Acacius. Gelasius proved unyielding in any attempts to compromise the papacy and the Church, and wrote, “There are two powers by which chiefly this world is ruled: the sacred authority of the priesthood and the authority of kings. And of these the authority of the peists is so much the weightier, as they must render before the tribunal of God an account even for the kings of men” (Catholic Encyclopedia).

Gelasius is credited with allowing for the reception of the Eucharist in both forms, although the purpose of this edict was as a way of detecting a group of subversives masquerading as Catholics – they believed wine to be sinful and would not partake, therefore giving themselves away. He also instituted the division of revenues into four parts: one for the poor, one to support the churches, one for the bishop, and the last for minor clergy.

Thought to have composed the Canon of the Scriptures, Gelasius also composed hymns, collects, and a Missal. He held a spirit of prayer, penance and study, and was called “a true father to the poor, dying empty-handed as a result of his lavish charity” (Catholic Encyclopedia).

Gelasius was the most prolific writer of the early Roman bishops. A great mass of correspondence of Gelasius has survived: forty-two letters according to the Catholic Encyclopedia, thirty-seven according to Father Bagan and fragments of forty-nine others, carefully archived in the Vatican, expounding to Eastern bishops the primacy of the see of Rome.

A native of Africa, Miltiades (also Melchiades) was elected pope in 311 to fill the vacancy left by the banishment of Pope Eusebius in 309 or 310. The year 311 saw an end to the persecution of Christians through an edict given by Emperors Galerius, Licinius, and Constantine. The Church was able to regain possession of all buildings and items confiscated during the persecution, and Miltiades saw the defeat of Maxentius, emperor of Rome, by Constantine through divine intercession and the resulting elevation of Constantine, a convert to Christianity, to emperor.

Through ties to Constantine, Miltiades acquired the Lateran Palace as a residence and the seat for the administration of the Roman Church. It was in Rome that Miltiades assembled a synod of bishops to settle a controversy within the African episcopate regarding the legitimacy of claims from two opposing bishops.

Miltiades is credited with issuing a decree against fasting on Sundays or Thursdays, and a decree that the “Oblation consecrated at the Solemn Mass of the pope should be taken to the different churches in Rome” (Catholic Encyclopedia).