We hold ourselves accountable

to our baptismal commitment to

witness and proclaim the

Catholic Devotion to Mary in a Nutshell with
Fr. Michael Niemczak

One commonly known and beloved Gospel story is the Wedding Feast of Cana (John 2:1-5). What is commonly unknown, however, is the depth and richness of this passage on various levels. In fact, we learn not only something about Christ and something about ourselves in this passage, but also the whole of Catholic devotion to Mary.

What do you think is the greatest love story in all of history? You might be surprised when Dcn. Boxie claims that it is Sacred Scripture. Tune in for an insightful episode on just why that’s the case, including an explanation of the interdependent relation between the Old and New Testament.

Gloria Purvis
Gloria Purvis graduated from Cornell University with a Bachelor’s of Science in Human Development and Family Studies. She served as Chairperson of the Culture of Life Committee and Coordinator of the Young Adult Association at Saint Augustine Catholic Church in Washington, D.C and on the Archdiocesan Pastoral Council for the Archdiocese of Washington.

Monsignor Charles Pope
Msgr. Pope attended George Mason University for Undergraduate Studies were he attained a Bachelor of Science Degree in Computer Science and worked with the Army Corp of Engineers as a Computer Systems Analyst. He entered Mt. Saint Mary’s Seminary and earned a Master of Divinity Degree as well as a Master of Arts Degree in Moral Theology. Pope has served at Mt. Calvary Parish in Forestville, MD, Associate Pastor at St. Mary’s Parish in Laurel, MD, Pastor of St. Thomas More Parish in Southeast Washington, DC, and Holy Comforter St Cyprian Parish where he currently serves as Pastor.

John Gehring and Jeanne Isler of Faith in Public Life discuss systemic racism in the United States and what Catholics can do when bishops fall short of their call to act in the face of injustice. 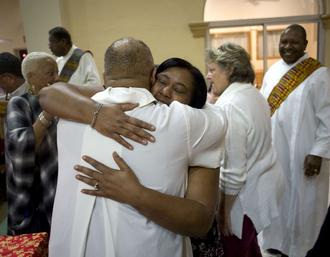 Fr. Niemczak is the son of two Polish immigrants who moved to the States a year before he was born. Fr. Michael was raised in the Albuquerque/Rio Rancho area, receiving his Sacraments at St. Thomas Aquinas Parish in Rio Rancho. He graduated from Cibola High School in 2008 and (having wrestled with God about it for a good while!) entered seminary at the Pontifical College Josephinum in Columbus, OH in the Fall. He was sent to the North American College in Rome, Italy, where he completed his graduate studies in Theology and Sacred Scripture. He was ordained in May 2016 in Santa Fe and now serves as Associate Pastor at Santa Maria de la Paz Catholic Community in Santa Fe and Associate Vocations Director for the Archdiocese. 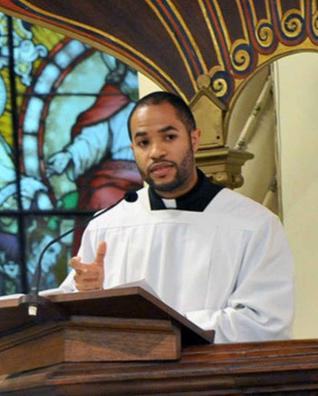 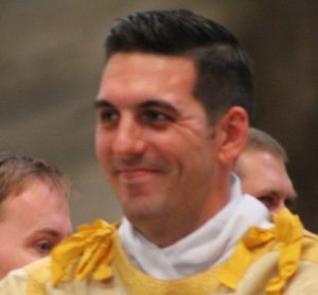 National Catholic Reporter
Episode 65: Strangers in the pews: Why systemic racism is a pro-life issue 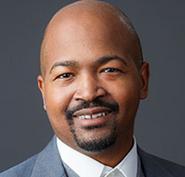 was born and raised in southwest Louisiana and came to the Washington area after finishing law school at Harvard. He is currently the parochial vicar at St. Joseph Catholic Church in Largo, Maryland.

Thank you for contacting us! If needed, you will hear back within 48-72 hours. 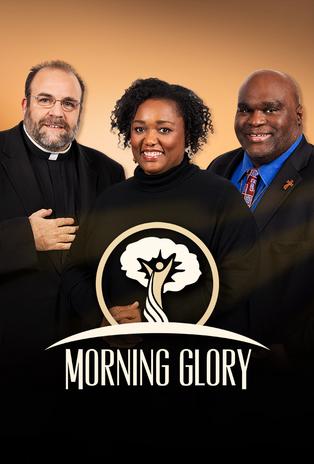 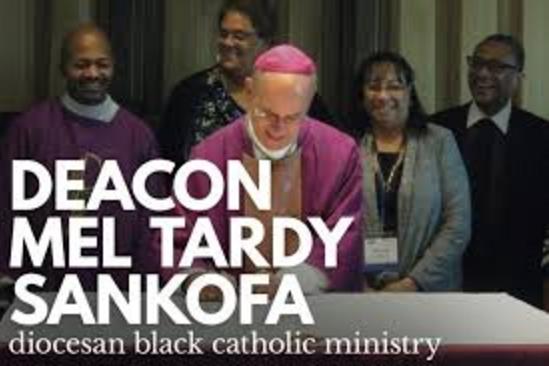