Why Confess to a Priest?

Highlights from NBCC Congress 2012 from Destiny Productions on Vimeo.

Fr. Augustus Tolton: The Cause for Sainthood

On Easter Sunday of 1886 Father Augustus Tolton offered his First Holy Mass as a priest in St. Peter's Basilica in Rome. The date was April 25th. Thanks to Divine Providence, Father Tolton, born a slave in Missouri, found himself a priest of Jesus Christ in the Eternal City pronouncing the words of his risen Savior: Resurrexi, et adhuc tecum sum, allelúia: I arose and am still with you, alleluia! What a way to celebrate Easter! Exactly one hundred thirty years later and more than six thousand miles away in Costa Mesa, California, several hundred people gathered with Bishop Joseph Perry of Chicago and the Norbertine Fathers of St. Michael's Abbey of Silverado to honor the legacy of Father Tolton.

Besides Anton Bruckner’s “Ecce Sacerdos” as the processional, Gregorian Mass propers and the polyphonic Ordinary by Franz Schubert, the choir, under the direction of Mr. Christopher Martin, sang 4 motets composed by another historically significant Afro-American priest: Father José Maurício Nunes Garcia (+1830) from Rio De Janeiro, Brazil. These 4 pieces highlight: the early piety of Fr. Tolton during his childhood (Laudate Dominum), his ordination at the Altar of the Table in the Lateran Basilica (Tu Mihi Lavas Pedes), his first Mass on Easter Sunday (Ego Sum Resurrectio) and his faithful administration of Viaticum and Extreme Unction to the dying (Ego Sum Panis Vitae). The Mass on April 25th was one of three celebrations held at St. John the Baptist Catholic Church over a span of three days marking this important anniversary. The triduum had already begun on April 24th in the evening with a concert of Negro spirituals, poetry and a sermon by Bishop Perry commemorating Father Tolton's anniversary of priestly ordination. Then, on April 26th the St. John the Baptist Elementary School students sang at an all school Mass in honor of Fr. Tolton featuring "the Lord Have Mercy," the general Intercessions response: "God Our Father," and "Lamb of God" by Father Clarence Rivers

We Have Been Called: Wisdom From Black Catholic History

This presentation will bring the key figures and events of our Black Catholic History to life again. Listen in to this engaging and educational session and be moved by the rich wisdom of our elders. If you are hungry for an uplifting talk and a reason to be hopeful in 2017, tune in!

The Church's role in racial healing

Catholic Women speak of what their faith means to them

God desires relationships with people of every country, culture, spirituality, and community. Jesus calls women and men to follow him closely in Consecrated Life. Jesus Calls Women has a specific focus on women called to the Consecrated Life in our time. In the Catholic Church a religious woman is consecrated to Jesus Christ forever.

"Religious life is being completely focused on Jesus and everything else flows from that." 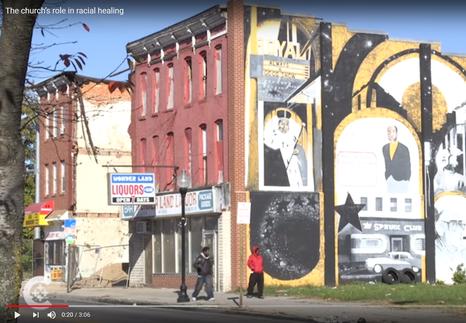 This showcases the history of The Josephites and the struggles of Black Catholics during the time.

The Congress Movement was the awakening of the seed of faith and to view its growth will touch the hearts of all.